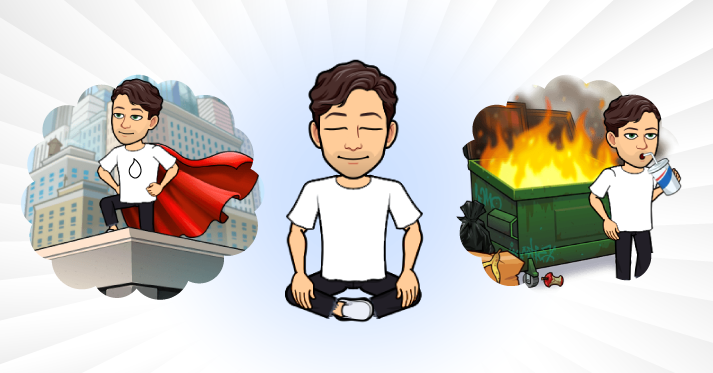 We’ve seen digital grow into a huge part of marketing. With the changing times, we have to adjust. It’s part of business. With the boom of digital marketing, there’s been a lot of talk about in-house marketing teams versus outside agencies. Are you wondering why you should use a digital marketing agency instead of an in-house team? Good, because I’m going to tell you. Before I go into it, let’s talk a little about a speech that Marc Pritchard, Procter and Gamble (P&G) Chief Brand Officer, gave earlier this year ripping apart the traditional agency model.

To set the scene: we’re in Florida in April of 2019 with the Association of National Advertisers. Marc Pritchard steps up to the podium and delivers a speech that knocks everyone’s socks off. Although the ideas had been previously shared at an IAB conference in 2019, Pritchard solidified his thoughts into set guidelines for improvement.

First, Pritchard spoke about the positive side of digital marketing:

“It’s been quite a ride for the past 25 years and there have been many positive benefits from this revolution. Creativity has expanded beyond the constraints of the 30-second ad with amazing new ways of expressing our brands’ benefits and points of view. Anything discoverable can now be found instantly. Shopping for new products has never been easier or more frictionless. And we can connect with each other and engage the people we serve in novel and entertaining ways we never thought possible, including one-to-one personalised experiences.”

Then, he talked about the dark side. He called out marketers for media waste, fraud and misuse of data, and lack of transparency. In 2017, he laid out the same issues, telling the audience at an IAB conference that P&G was requiring its partners to verify themselves, with such actions as being accredited by the MRC and following MRC Viewability Standards, and that the company would be scaling back its targeting on Facebook.

What P&G saw was that old, traditional agencies were taking so much from the big man and doing nothing innovative. They weren’t being measured by performance, when the digital age has increased the need for this type of assessment on agencies. Plus, the traditional agencies were wasting spend on branded keywords and taking a percentage of the cut. The old agencies were not worried about the success of clients, instead they were more concerned about their revenue. They got complacent and just expected the revenue to keep coming. Despite efforts to reduce the issues Pritchard stated in 2017, it wasn’t enough, he said earlier this year. He proposed the adoption of a “new media supply chain.”

P&G Chief Brand Officer Marc Pritchard discussed in his speech that the company was utilizing more in-house teamwork. Yes, for a giant like P&G, in-house might be more effective for some of their brand marketing. But for small businesses, agencies are more cost-effective, have more marketing expertise than the company, and are highly efficient, civil, and transparent. What Pritchard was essentially pointing out is that the traditional agency model is dead.

First though, I hope you’re asking what exactly is - or was - the traditional marketing agency model, because it’s a good question. It takes a bit of research, or if you have worked in the field for long enough to remember, to find out what this model actually looks like.

Traditional models survive on long-term marketing plans. The ideas and content would be created months in advance, to then stretch over long periods of time. That isn’t how things work today. Now everything is quick, something can be trending today and forgotten tomorrow - or even as fast as hour by hour. It is no longer realistic to have a campaign that spans months without dynamic change to the content during that time. With new information being released all of the time, advertisements and social media content have to constantly be updated.

With the advent and popularity growth of streaming services, many consumers aren’t watching the 30-second ads on TV anymore. And even if it’s in front of them, it’s likely that the individual will hop on their phone for that interruption to their services, or direct their attention out the window rather than watch the annoying advertisements. They’re too slow and disruptive. Traditional models are based more on these planned-in-advance ad spots than the digital-age marketing tools of social media and the like.

The new wave of digital acquisition tools, has created a new way of assessing the value of a marketing team. Now, the end performance of a digital marketing agency is not just judged on media spend. It isn’t all about sitting back and buying digital space as it used to be with traditional models. We are evolving our strategy and content based on data that we’re collecting in shorter time periods. We are seeing what performs well and adjusting accordingly.

Efficiency has developed incredibly as well. Traditional agencies used to separate everything out. For example, media buying might be separate from email execution. The new model is to have all of these digital acquisition tools under one roof, so that we can optimize as one unit, offer the whole suite instead of piecemeal. Instead of having these in a silo, we now work together to acquire customers from all different angles in a coordinated manner. We present a similar front with the same look and assets across platforms. This common ground presentation leads to a better chance of an advertisement actually performing.

Digital marketing agencies of today are able to offer a holistic approach to brand building efforts, while cutting costs, increasing efficiency, and bringing a level of expertise that your company internally doesn’t need to spend time learning. I know you might’ve been waiting for it, so yes, let’s talk now about the benefits of using an outside agency rather than in-house.

Higher levels of efficiency with a 21st century digital marketing agency is much more cost-effective than using an in-house marketing team. Because we evaluate where to put investments as time goes on, we reduce waste on platforms, content, or even timeframes that aren’t working and keep the return on investment (ROI) high.

Also, we’re not your salaried employees. Our team can fit the work of 6 clients in one day, cutting costs by one-third of what you’d pay to have just one marketing position in house. Plus, because everything is so efficient, your employee likely wouldn’t even be doing something all day, every day, all week long. We maximize the time spent on your brand, while you focus your time and saved money on what matters.

An agency today will be well-versed in different platforms and can offer guidance that the company itself may lack. We have experts on SEO, email management, graphic design, and content. If your company lacks this expertise, we’re here to fill in the gaps. We collaborate to make the best decisions for your marketing, keeping it centered on your brand.

What I talked about earlier with the traditional model is not at all how Firon works. We’re driven by client success. We are accountable, transparent, judged on direct performance data, and focused on maintaining a high return on investment for our clients. We believe that you should receive all marketing tools (SEO, Paid Search, Paid Social, Email, etc.) from one provider, so that not only is it cost-effective for your company, but efficient in its approach. With this centralized collaboration all digital marketing works together as one. We want your company to be able to focus on what you do best, the brand, product, and customers - instead of trying to stay up-to-date and effective at digital acquisition. We specialize in that for you!

Thinking of going new-age? Reach out to us at Firon for more information on a digital marketing team that works to realize effecient success for your brand. 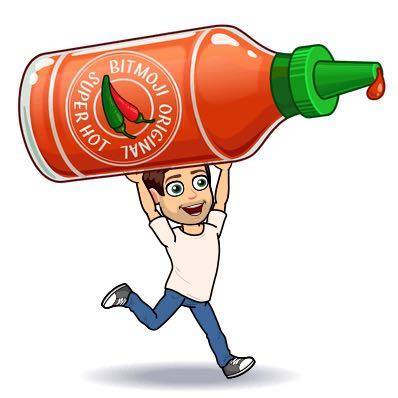 Alex has experience with digital customer acquisition in almost every industry. 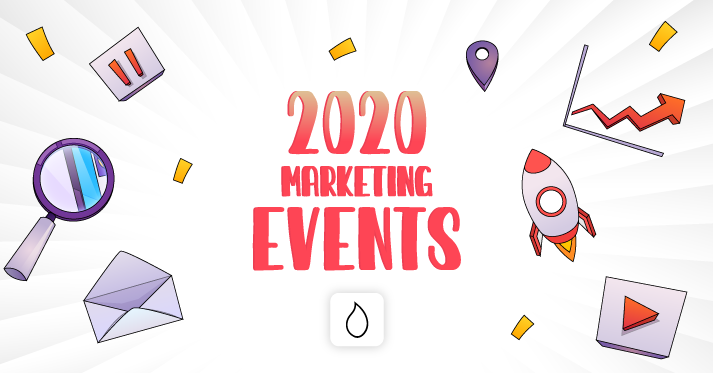 We’ve compiled a list of all of the marketing events for 2020! We know some of them may be delayed, cancelled, or moved to remote, we will do our best to update this list accordingly. 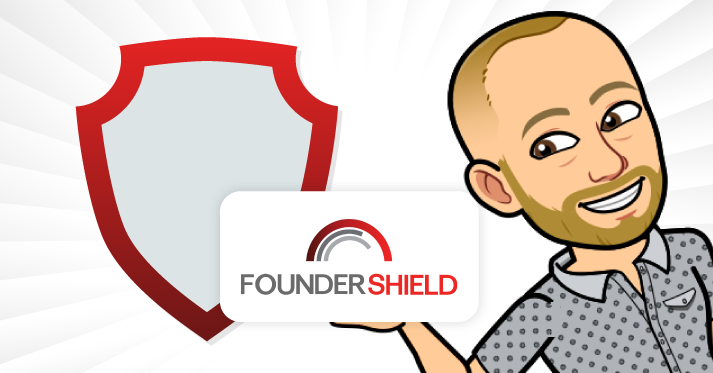 Commonly, individuals fall for the belief that only brick-and-mortar companies need insurance. In this post, we unveil real-life scenarios, driving home the importance of insurance for digital companies. 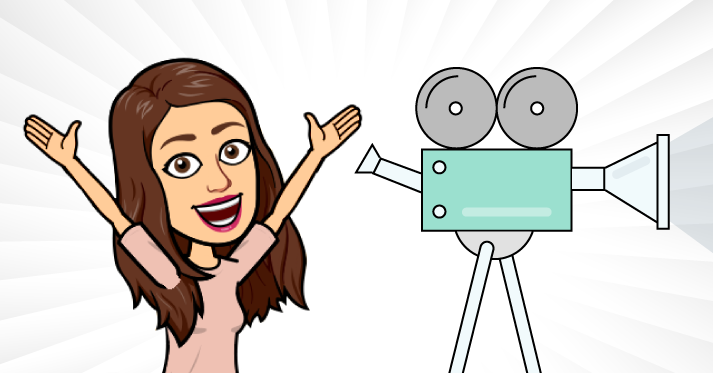 Videos have become the most-shared type of content and are a key way for businesses and brands to increase their engagement, convert users, and build brand awareness.
See All Posts